Sigils. Lovely symbols of swoops, swirls and symbols that can be found in books, on the internet and even on Pinterest. Sigils are usually referred to a type of pictorial signature of an angel, entity or a desired outcome. The term sigil is Latin, meaning to seal. A well known page of sigils is that of The Lesser Key of Solomon. This page listed the sgils for the 72 Princes of hell. These sigils were considered the true name of the princes.

These sigils are very close to those of The Golden Dawn sigils. They are complex makings that involve boxes, the 22 letters of the Hebrew alphabet and a thing called the Rose Cross. I, I am not that skilled nor do I ever have enough patience to create something that intricate. The Golden Dawn sigils are usually reserved for giving something a true name and gaining power of the being.

Chaos sigils are contributed to being created by Austin Spare. These sigils were no longer used to control angels, demons or spirits but instead was for controlling forces of the psyche of the creator, aka making something manifest. This sigil crafting became the cornerstone for chaos magick.

So how do you make a chaos sigil? Lets get started shall we?

First you will want to clearly define your desire or need. We will use a simple word for this exercise; strength

So first you are going to want to define your desire. It can be a single word or it can even be a phrase. It is us to you to decide what how simple or complex you wish to make your sigil. When you are starting out, I recommend starting with a word or two and like most things in magick, make it as specific as possible.

After choosing your word or words, Your next step is to cross out the vowels

After you cross out all of the vowels, you will want to cross out any repeated letter that you run across. 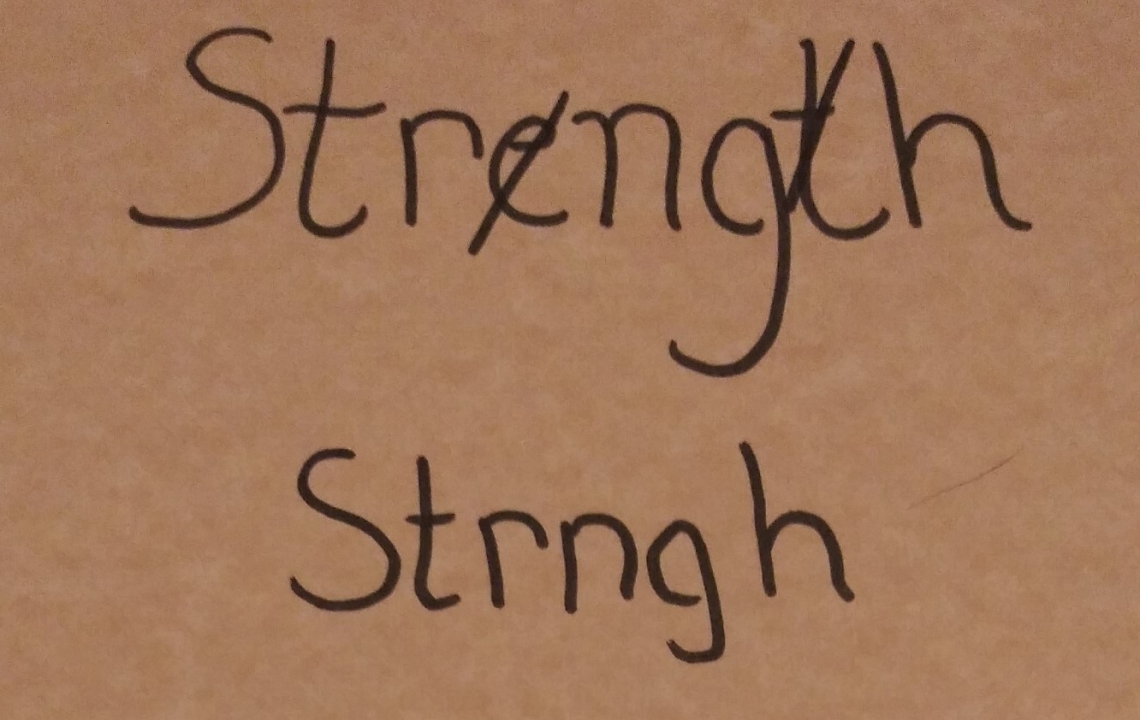 I recommend after crossing out the vowels and repeated letters to move down the remaining letters so you can see what you are working with.

Now it is time for you to play with these letters and make them into one swirly joy for you. When making your own personal sigil, I recommend having lots of paper and space to work. It may take lots of tries before the sigil feels just right to you. 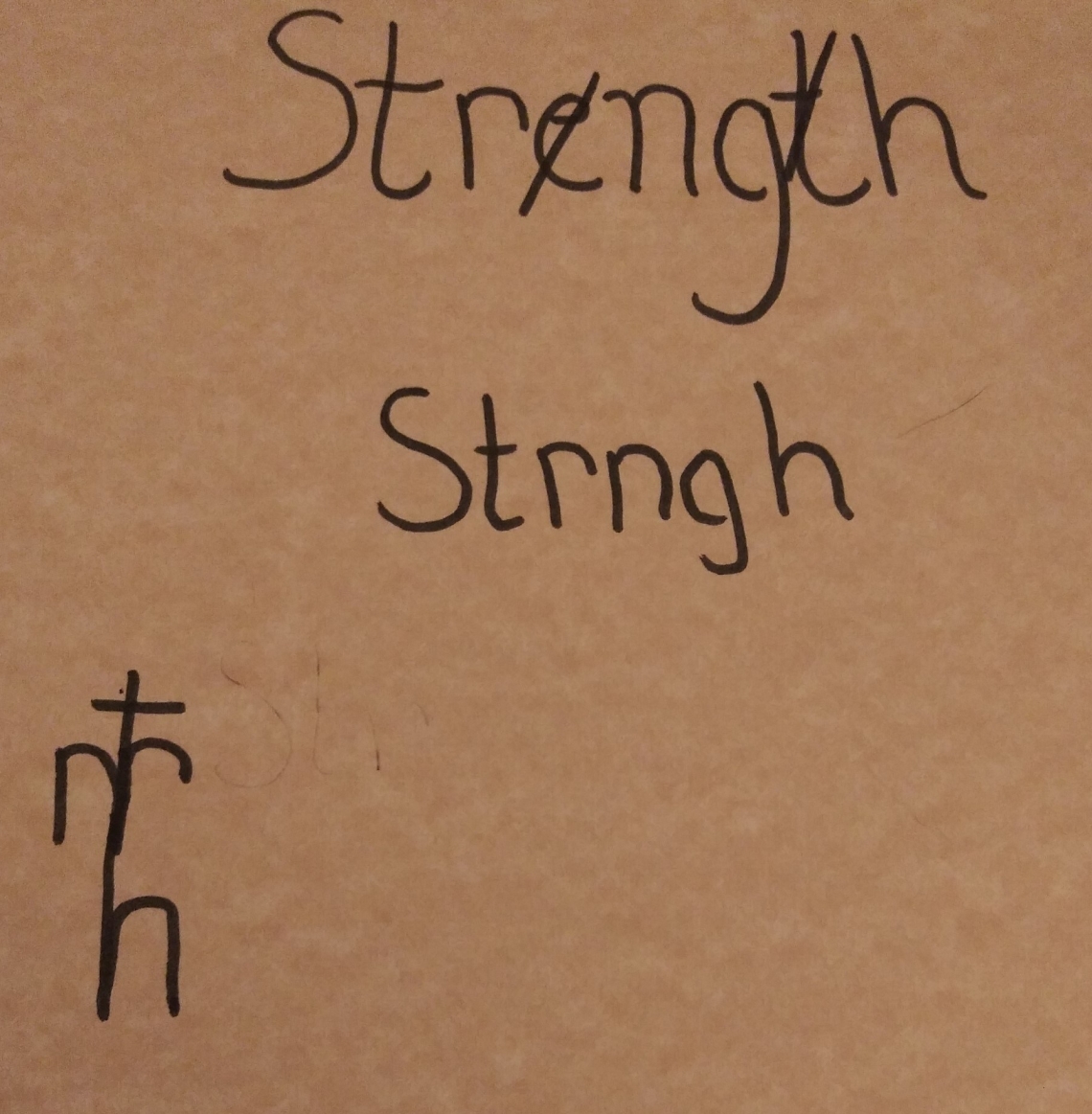 Attempt one. Nope I don’t like this one at all. Next! 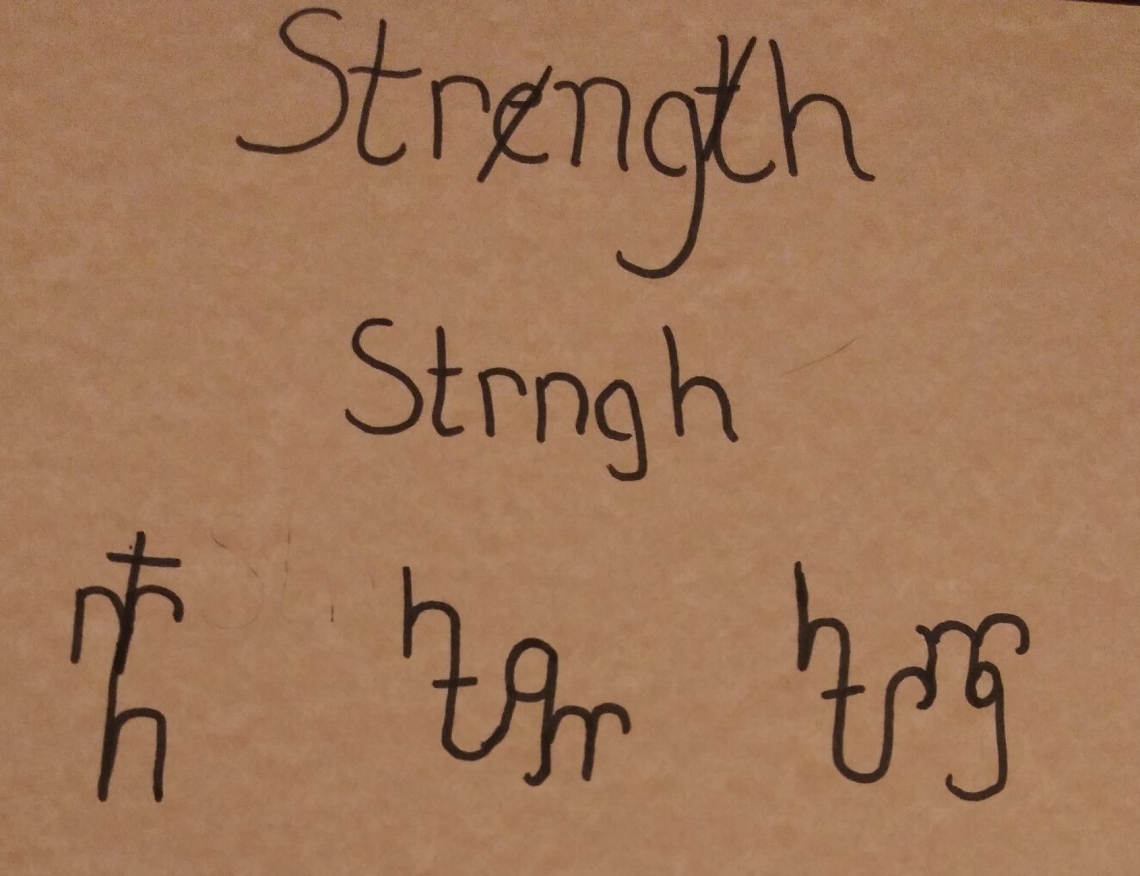 Attempt 5. A little bit closer. Almost there. I think

Attempt 6. Still not what I want. I like flow but that may be because I primarily write in cursive.

Attempt 6 and I am almost, almost there.

And there it is. Attempt 10 and I have my sigil for strength.

Now this is the sigil that I created with the word strength but that doesn’t mean that this is the only sigil that can be found in the word strength. I am sure that other individuals can create other sigils out of the same word that would have meaning to each individual. Those sigils are just as legitimate as mine. Sigils can even be made with just broad strokes of the letters instead of the entire letter like I did above. You don’t even have to make your sigil straight up and down like mine. Be as creative as you you want. This will be your personal sigil for your use and there is no wrong way to make something for you.

Until next time witches! May the brew in your cauldron never burn and your broom never splinter.

← Cernunnos – God of the Hunt
Making a Book of Shadows →

One thought on “Chaos Sigils”